My team participated in the 33th Lundaspelen one of the worlds biggest youth tournament in basketball. I had devided them into to even teams since I think at this age its to early to put all the best in one team.

There is lots of time and to stress it is not something I feel is needed right now. My two teams played a ok tournament with one loosing A-quaterfinal after overtime and the other lost the B semifinal. At this age the hardest things are most of them not on the court, homesickness, sleeping problems, resting time instead of "fun" time, learning to respect others for a couple of days.

I will write more about these things some other day.

After my two teams went out of the tournament we came back to our sleeping quarters and i hooked them up with a great basketball DVD called "The final shoot" - The Hank Gathers Story. We had a nice time allthough we only had to look forward to sleeping, breakfasr, cleaning and the we went to watch the final in hour agegroup whick was between TuS Lichterfelde (Germany) and Norrkoping Dolphins (sweden).

We came home about 13:00 on the 5th and the kids, parents where happy. Myself I was totally hammered by fever, runy noose and sourness in my whole body. My punishment for sleeping on a thin madrass close to the floor in a drafty classroom. Had 2½ days of fever and now still with a bad cold a have to skip watching some great games in our homegym. The danish championships finals for youth teams is played this weekend plus two league games, but with age comes smartness they say and I have stayed home to get well instead, but damm thats hard......I love this game sometimes to much, but rather that than having no passion besides work and family.

So home sick I have been working with things that I can do, planing a pre season tournament 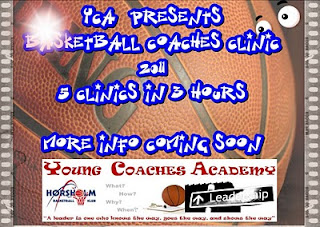 and planing a coach clinic and so far its gone well and I hope to close these two in some days.

If I wake up tomorrow without a runy nose I will be the happiest man alive.....at leats until I start to move and use my shoulder whick is still broken. Its been over 3½ months since the train accident in Sweden where I got the injury and thats just plain sucks that it still is a problem for me.
Posted by Coach Holmgran at 14:42