I´m not the best at writing or spelling but I love it! I write when I have the energy and inspiration to do so and to be honest for the last 11 months the only things I could have written about would have been in anger and would lead to nowhere.

So I wrote nothing or deleted it before I publish it.
Now after 2 weeks vacation I feel a need to write and I have the nergy to do so....so here it goes........


So many good things has happen over these months but it has been burried among a workload that has been crazy. Its hard for most people to relate to being a BASKETBALLCOACH and one that takes it seriously. Most people think its like any other job you go to work do your hours go home and have freetime, well it aint!

In most cases for example you have do a lot of other work to make ends meet. Maybe a stupid choice for a job, but anyway it was my choice. Been coaching for 24 years and around 9 years fulltime. (meaning just basketballrelated work)

I havent coached except for 5 games at the highest level, but the pressure, responsability, time, sweet and tears are the same in youth basketball that I spent most of my time in. Countless sleepness nights before important games (worrying, thinking, if my kids gonna reach what that want). I never really been a TROPHYHUNTER, but guiding my kids to fulfillment being apart and teacher on their journey towards their goals, dreams is what Im all about.

I write "MY KIDS" I dont have any kids of my own, but I have "thousands" of kids instead and as coach you get all the good and bads with it. All the hours of talking to players that are sad, worried, feeling bad for whatever reason it could be issues at home, girlfriends, boydfriends or selvconfidence issues. There is not a day that passes by when I dont think of past or present players and when they succeed at something I feel proud as an rooster. But when they have problems my brain will automatically switch to how can I help them. 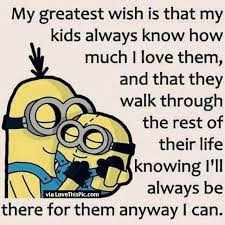 Maybe you could call my crazy, but thats how I work its the same with my friends if they have a problem I can spend hours, days trying to find a solution. Maybe I care to much, but I rather care too much than to little. Some players call me COACH and when they do I feel a sense of pride. I guess thats the same kind pride that someone feels when called FATHER.

BASKETBALL is a great sport and Im glad I fell in love with it. So many great people I have met during the years and so many great experiences. Im glad for all the players from the past I still have contact with and I tell you everytime an old player ask for advice or maybe a workout its like getting injected with "happyenergi". I see and know other people with the same crazy passion as me, dont get me wrong im not special in anyway. But my kids become special! At least I like to think so :-)

I chose to work with basketball a longtime ago knowing that it was back then almost criminal to pay for basketballcoaches especially youth coaches. Seniorcoaches has always gotten paid in some kind of way, but youth coaches was almost like you had to pay to coach.

I had a dream and I gueess I still do that the climate would change, but has it?
Well its finally starting to but its been like 15-20 years and very little has happened. Im glad to see that some clubs nowdays understands the value and work of youth coaches and actually let them work with what they are good at. But those jobs aint very common in the nordics. But at least I see progress in that department. We expect our kids to compete with other countries that have paid, educated coaches that focus just on the kids. We tell kids to follow their dreams, but we cant really give them 100% help that they need to fulfill it or get as close as possible.

But still some of us try and almost bury our self in the process. I guess you need some kind of switch to turn OFF and ON as coach, but this much I know I dont have that switch. If somebody has a spare let me know about it :-)

Every week a talk with other coaches around the world about problems with players, parents, tactics or specific drills and thats almost like a therapy group online or phone Dr Coach. Im thankful for those coaches that are close to me and put up with my problems and I hope they feel the same with me. Problems are there to be solved, but man have they changed during the years. With the schoolsystem failing (as I see it) and a more "ME" aproach in society in general has made so many "new" issues as a coach, which you didnt even need to think about before.

Selfishness in team sports are real killers im not talking about taking more shots than others or having the ball more, but the attitude that I`M the only one that MATTERS thats the issue.
This is not the kids fault it is us grown men and women that in all goodness put wrong values in them. I like to think I put good values in my kids, but sometimes its a struggle but I aint giving up anytime soon.

One of my old danish players asked me some days ago if he could come over and do some workouts and I tell you Im still smiling. My vacation is raining away, but he made my vacation special and he will regret asking. lol just kidding!

Will be nice to see one of MY KIDS!
I may be wrong but I doubt it!, coach out!