Chapter 4:
Dealing with players and parents as a new coach 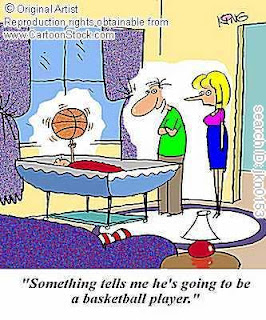 This is a chapter that I propably could write on and on and on about, but I will try to get just some of the essentials into this text.

Dealing with parents
First of all starting out as a new coach there are many things that is hard in the beginning until you get a way of dealing with the certain situations. Some you make rules for, some you hand out info to parents and players, so no questions need to be asked later on. The problem is no matter how great you are at writting down rules, instructions and more, there will always be questions and inputs from players and parents.

This are the situations that are very hard as a new coach since, now its not a pen and a piece of papper but LIVE IRL in real life communication. Communication is the key, but  is also normally something you get better at by experience and age.
When I started out I was lucky I had great parents in my first team and they where supporters and not assistent coaches. I mean with that they let me coach and them being supporters and transportation organizers and more.

If you are unlucky you get  a lot of "assistent coaches" and of course they know everything since they played sports 10-15 years ago. Clubs need to help new coaches being organized to deal with parents its not always very easy. And its so important since all clubs in at least the nordic countries needs parents to be involved.

Normally the parents that have some sportsbackground maybe in the heat of moment dont understand, but when they calm down the realize it.

The hardest parents as I see to deal with as a new coach is the parents without any sports background and still they have 1000 opinions about most things you do with the team, all from practise, to games, playing time is normally a big factor for them........and for some reason moste of these non sport parents all seem to think a like. Everything should be fair, equal, but sport isn`t like that and I tell you after 33 years in life, life is not equal or fair but there is for some reasons thoughts of that utopia.

Well, to me sports are very "fair, equal", but you dont get it for free or easy, you will have to fight, sweat, cry, have pain, bleed, to do what you wanna do. This is something you have with you whenever in life and to me (us) that have great sport passion this is obvious, but you need to realize as a new coach, that the non sport parents dont see it as this. They haven`t lived it, so to them its a alien thing.....

Parents priorities dont always go hand and hand with the players/kids
Well, this could go in either way....the parents want their kid to be great and basketball, but the kids doesn´t he just likes basketball.
But I will write from the point that the kid wants to be great. Parents need to sit down and talk with their kid about there basketball playing and how importants its for the kid. Just as coaches need individual talks parents need to talk to their kids. I have seen so many kids torn up because the parents just dont have any respect for their kids playing sports. They just plan totally egoistic there travelling or visits or shopping when their kids has a game or tournament.
Well, you might say they are the parents the decide and thats totally right. But a kid is just a kid one time and there are 365 days in a year. There are "babysitters", friends of family and so in, maybe he doesn´t need to go with the parents.

So this is something that needs to be communicated to the parents and thats not easy for a new coach I promise you that. 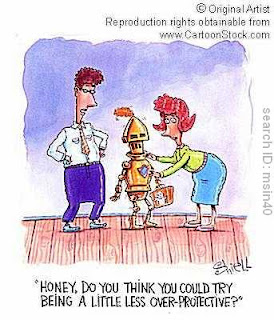 One tip!
For all new coaches or experienced coaches find the parent that 90% respects and listens too, every team has one. Try to get him/her as teamleader organizing the parents its great if this parents has sports background also, then he will get many questions from the other parents and answer them so you will not even hear the questions.

Today there is a "new" problem to deal with known as "curling parents". It aint new, but the % of a teams parents that are "curling" are so much higher more on that in another chapter.


Dealing with players
Handling players as new coach is just as hard as handling parents and maybe harder in way since you meet the players a lot more often.

I have always actually worked from a big point in my philosphy and that is dont LIE to the kids. I totally hate, when coaches sugercoat what they say or totally flat out just LIE, to avoid the conflict with the kid/parents.

But here is the thing as a new coach its very hard to get your point out without saying the wrong thing or not getting the players to understand what you mean and he/she takes it very very hard, since they didn` t really understood what you said.

Players will always gain more and be tougher athletes if you are honest with them and to me this is a big thing. I have during the years heard so many lies at every level of the game and to me thats just messed up.
HOW, do you look yourself int he mirror at night?


Well maybe they dont have a mirror :-)

As soon as you can have short minitalks with the players and times when you have the possibility. It doesn`t have to be this superorganized indiviueal talks with charts, and more. Just, get talking with the players before, after practises during breaks in practises, during a drill take som time ask some questions and more. The tip here is use the time you have, its easy to be to ambitous and fail beacuse lack of time since work, school. Do it in the time you already have booked for that team and do it great instead of 50% of what it could have been. 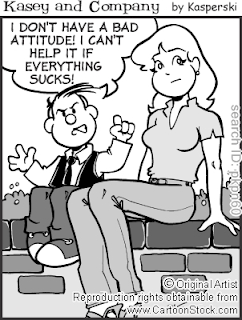 Attitude problem players is something that needs to be adressed directly one way or the other this needs to change or there will problems for the whole team further on. Many hours may be spent to get that kid on the right track, remember bad attitude directed in the right direction will be fuel instead of shit in the system. Thats where you as a coach come in, to guide this "bad kid" they right way and as a new coach this is extremelly hard, especially since often the kids with bad attitude is one or the best player on the team. And if that problem isnt handled it can stop his/hers chances to become  what he/she could have become.

If new and unexperienced coaches are put on team, the club needs to have somebody responsable to deal with these kinds of problems, if not well then you really dont care about the kids.

Well I will stop here and propably come back to this huge subject at a later stage.

Next chapter 5 will be about: Yearly plan and practise plans, what to do?

Chapter 3 - Becoming a basketballcoach "Will to win is to loud, the kids cant hear you"
Posted by Coach Holmgran at 11:02