Today I did some tests on my players

As some of you already know I coach a team boys born 1998 in Hørsholm Basketball in Denmark.
Today we did the first test for this season. Of course most of the are "happytests" since they are still growing and their bodies are devoloping in different speeds and so on, but the tests will act at this age more as a tool to motivate and "give" selfconfidence, because they will do better next time.

This is the first time ever I have done this with a young team like this, but to be honest this is the only team in this age that I have coached that have the mindset, so they can use this for their benefit. 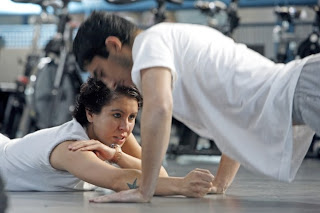 To be honest most players are not ready to shoot 3 pointers, but the will be in May, so it will be success then :-)
Posted by Coach Holmgran at 22:53