How is/was the camp?

I have a secret question i always use during or after some of my players are or has been to a camp. How is/was the camp? (Not a secret anymore)

Is it a genius question, well to me, the answer of my very simple question gives me a lot.


If the answer is "It is/was fun" it rings alarm bells in my head, why? Of course a camp should be fun to some degree, but answers that will play music in my head instead of alarm bells is "There are great coaches", "Super to train with great players", "I learned a lot", "super intense" and so on.

Its easy to make a camp fun for young players, but whats hard is to make them enjoy camp and get better at 1-3 skills during a camp. 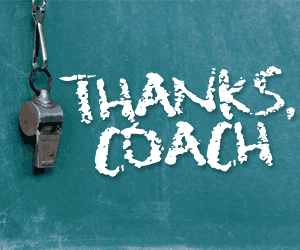 Lets be honest if players would choose what to do in a camp very few would do drills that would improve their skills.

I look for a thank you coach later in life and the times a get them I know I did my best.


So coaches that do those kind of practises are often very well liked until the players that wanted to become something in basketball realize that "fun" killed their ambition.

I know I have heard of so many coaches in well knowned clubs through out scandinavia that basicly just act ref or scorekeeper at practises since they play 5-5 or eleven man drills most of practise, ohh forgot weave 3 man and 5 man, that magic drill.

With that they throw in some freethrows and 1-3 drills without any correction and in one hour at least 5 waterbreaks and of course 5-0 setplays nearly forgot that one.

Often most of the players with superior talent gets rescued at some stage by another coach, recruited to another club, but for the rest its a hard reality check later on.

But many players still stay with these coaches since they have fun and who doesn`t wnat to have fun, but its like giving candy to a child.
the subject
How many kids say no to candy? (only those who....)


How many kids say no we dont want to play 5-5 or do 11 man drill. Kids even want to run like the are chased by "jason" cause they have been taught at a very early stage that if you get tired and drip of sweat its a great practise.

If a teacher in school asks: You can choose between, staying in the classroom, going to the library or go outside to do your asignment. Whom stays in the classroom? Well from personal experience when I self went to school and when I worked in schools only the kids with very high grades the rest was gone before the teacher finished her/his sentence and why most teachers stay most of the time in the classroom. 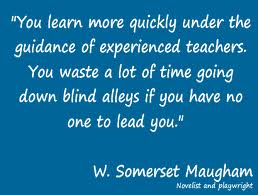 Its simple......just as wine, decision making become better with age and coaches and teacher in school should guide everybody into the right track not let them make imature decisions that wil effect their future it doesn`t need to be boring but kids need help in finding their way in basketball and life and well everything aint fun lets just leave it at that.

We get better from our mistakes well after learning a coaches mistakes for 3-4 years you know a hell of lot about what not to do, but propably you will realize it to late.