...well had a game today with my boys 98 and as "usual" we where gonna play a team with just 97 born players and if you ever coached this ages, you now how huge the pshysical differences are in just this age. Just one year is a huge difference.

We have had really good pratices last 2 weeks and ( Coach Enbom has written a blog about quality practises ) and I have added some pieces to their toolbox. Just before our game the mens team had practise and I think my kids impressed som of them since they stayed for awhile and watched.

We played really adult i offense moving the ball very well and attacking and shooting at the right times. Sometimes we drop a little in balltempo, but since we play without any screens at all, this is not so strange. I have nothing against screens, I love screens....but I want them to learn movement without the ball and spacing and more before we go to any screens in our offense.

Biggest problem in the game is that the other team zagg off our players and they are most of them much taller and we get "confused" in shootselections since we are open on every ballcatch. We had som bad shoots, but like I wrote before we played adult and smart.

Defense is extremelly hard since we are so much smaller, but today we played much tougher, but boxing out is a problem when there is 1 year, 20kg and 30cm height difference :-) But, they tried....

This was our first win against a 97 team and we had the shivers in the last minutes and they came closer and closer, but you have to get used to winning to be able to handle the "pressure" in the end off games.

We won today with 3points and believe me if we played like we did today and lost I would smile all the way home anyway. Now I got double joy since we played well and won also......can`t wait until next practise. 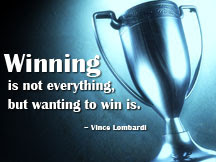