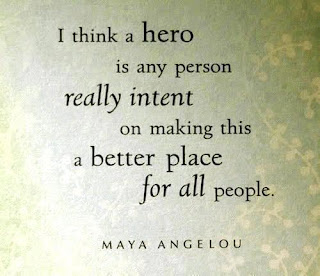 I have spent more than half my life involved in basketball 24 years something in coaching. I have worked part time, fulltime in clubs for over 9 years of those 24. Some things are the same even if we go back 24 years in the clubs and some have evolved, some have gone the other way.

I will not go in to everything and I must stress that these are my word and not my clubs, these words come from 39 year old man that fell in love with the game watching the great Magic Johnson play on Super channel at my grandmothers place when I went to 4th grade. Ever since Im stuck, still in love with the game.

I have seen/met/worked with great coaches, great talents, great humans and coached amazing people during all these years. Everybody has bad days and most of my bad days are saved by the kids I coach even if they give my headaches and a sleeping pattern that would make most quit. I cant Im in love with the game.
If it aint the kids that I coach in present time that saves a bad day, most of the time its somebody I used to coach sometime ago that has gotten a new job, made a new hit single, made it to college or in some kind of way found success in their life that makes my get back into a better mood.

As a coach and as a person I like to have fun, I like to laugh I think having fun still is one of life`s most important things. I also believe we humans forget that as we get older. People might think about me aint he to old for that, dress like that, talk like that, listen to hip.hop. Come on you to old for that...........get a job!

Well I have a job I challenge kids very week on their path to their dreams. I try to give them the tools needed in basketball and in life. Im not saying I have all the answers but im dedicated to this and if my former players dont have any use of what I taught them while they where playing for me in their life after basketball I HAVE FAILED!

The most frustating thing about working with basketball is its worth in general in Sweden. Yes, we have ourselves the blaim for the most part. I never EVER will forget the words of Hans Crunak former headcoach for the swedish nationalteam in Swimming at a time when sweden owned the pools on the mens side. I listened to a lecture he had and he talked about one of the women swimmers came and talked to him about the men getting all the attention in media, sponsorers and so on.
His answer was SIMPLE: Swim faster!

She was properbly clueless at first, but as I remember he explained it a little more to her. WELL, in a few years time the table had turned the women swimmers was swimming faster, winning and now most the male swimmers was in background eccept one.

BUT and i have a BUT.....in later years the attention in general has gone the equal rights, integration, lettingkids be kids, eqaulity in general in society and that is of course good that everybody tries to make the world a better place for ALL. 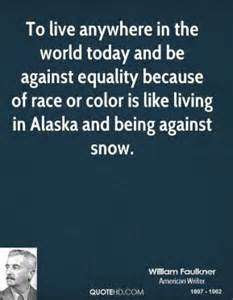 BUT....businesses, goverment, city boards are willing to pay millions and millions to people talking about these subjects, issues, but us sport clubs and especially in the case basketball which is the best sport in integration, most equal girls/boys playing and so on have to struggle year after year while.

Companies, goverment have great values out on every webpage, but a sport that actually does all these things still have to struggle. In Malmoe my club takes a huge responsability and we know and want to do more and better I can garantee everyone but this has nothing to do with SWIMMING faster this is putting your action to fancy words by those whom have the resourses to help a club like mine to grow.

Simply put your money, time and efforts where your "mouth" is. We share your values, and together we can make it a better world if we put together Basketball, resources, time and this amazning sport that sees no colour, has good values and allows everyone to play this game regardless if you are from a forein country,colour of the skin,  old, young, girl, by, gay, handicapped, athletic, short or tall.

My club is integration!
My team has 17 nationalities in 24 players, we made a T-shirt for last years FINAL FOUR in the swedish chamionships that said "Winning integration" and it was/is in so may ways. It was a statement, Im tired of the talk, tired of well written papers/values. Lets se some action and resources put in the right places, then WE will see CHANGE and only then.

BUT you wrote swim faster....well yeah that is mostly for the senior teams, nationalteams and of course more. Im talking about youth in most part in the ages where we can mold them, shape them, lift them, inspire them to greatness in basketball and after.

For when it comes to above mentions things like equality, human rights, integration we have THE WORLD RECORD so we can only beat our selves and we shouldnt have struggle in a great country like sweden with founds for those things, for education, for coaches, gyms so we can practice.

If the kids are in the gyms they are not in the street it cant be put more simple than that. We need to make coaching a real job and respect it, so we can do better.

Im tired.......and need to sleep, but I havent written in a long time and had to get this rant of my chest. Agree or disagree no matter what I hope I made you think and if you thought what was written above as garbage, why did you read it to the ned!? :-)

Cant wait until practice tomorrow night! See you in a gym somewhere, sometime the future is ours :-)
Good night! Coach out! 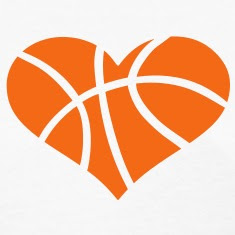