Proud as an rooster

Between the 2nd and 6th of july I was working in a camp here in Hørsholm with ages 97-99 practising and playing games between 09:00 and 18:30. Its hard work for the players but also for the coaches, but definitely worth it.

On the last day all of campers and coaches + parents and relatives gatter in the main gym where different prizes is handed out to the players. In all about 140 players this week on the camp and they where split up into 3 groups.

They then get names of teams in that league, which they play as during the week. So games like Barcelona vs Partizan Belgrade is normal game in camp :-) 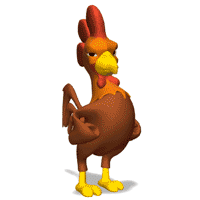 I have coached the boys for almost a year soon and standing there with the rest of coaches and seeing that so many of my boys got prizes, MVP`s, 3 point winner, coaches choice and more, just simply made me damm proud and to use old saying proud as rooster I was standing there waiting for camp to end.

What made me even prouder during the week was that several coaches said to me your boys has a tremendous work ethic. This is to my really big and that makes me even prouder.