Well, the first half for the Svendborg Rabbits looked like they were on heavy meds or something, but slowly they work theirself back in resonable distance.

Talented Nicolas Christenson was shooting the lights out for Næstved in the first half, but now time for second half and the rabbits should take over this game now.

So far its been a lot of bad exucutions in offense for both teams I would say, but Næstved nailed the outside shoots while rabbits couldn`t find the basket.

Really like Næstveds Lee Roberts, he goes to work every night, has a average of 17 rebounds per game if I remember correctly. Adama Darboe has always been a favourite of min, since I have seen him play in Lundaspelen year after year. Great player and also a great personality.......

Maybe some more after the game about the game.....will see later. 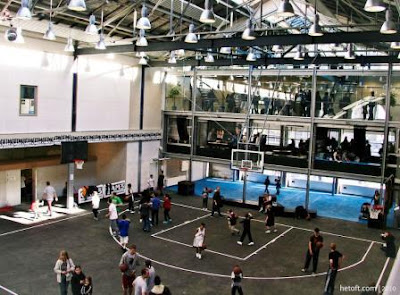 Cool, we need other ways of thinking since countries like denmark or like my homecountry Sweden are cold as hell most time of the year.
Posted by Coach Holmgran at 20:35