Small pieces of my history

Well, back to my hometown I couldn`t let that opertunity go wasted without getting some past memories on pictures for future lonely days to take a look back at and remember good and bad times. 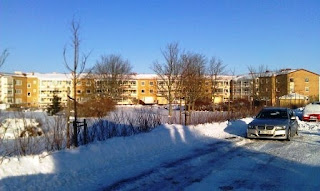 As a little kid most parts of my life was already then sports I lived on the right in the picture and its was a big backyard with lots of kids living in the area.

Our backyard since it was the biggest of the housing complex in that area became the place to be. Every night and every day when we kids was free from school there was soccergames, wargames, tag or something else happening. We didn`t sit in our apartments very much it was always some activity going on.
My best friend at the time lived in the same building but to the left in the picture and we both played soccer in the local club and both of us ended up in Lobas Basketball club playing bball every day, every week for many years.

My first school was Karstorp south and my passion for basketball wasn`t yet born. 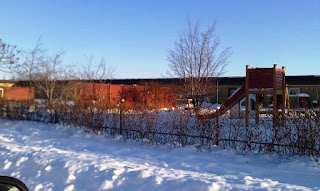 On schoolbreaks it was soccer or hockey with plastic sticks (yes I´m not proud if it) or some other crazy activity.

In winter breaks it was "toughest on the hill" or last man/women standing, there was a small hill behind the school and to be superior you should be the only one standing on the top of the hill.

Its was fun until a new girl came and beat all of us boys :-)
After karstorp south where I went to grade 1,2,3 it was time for its bigger brother in Karstorps North 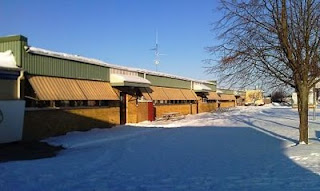 and grade 4,5,6 and here my passion for basketball was born. The founder of Lobas Basketball was one of the gymteachers on that school, but before I got him I had a women that nearly destroyd my passion for sports. The only thing she liked was gymnastics, dancing and always had some stupid earcovers on her head. She couldn`t have liked her job it was clear.
She taught us that in Basketball you could take 3 steps just like in handball and when Jørgen Freiburghaus took over in the 5th grade he became 10 years older directly. 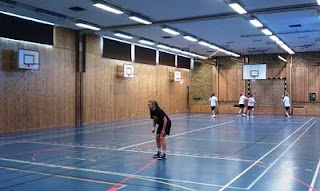 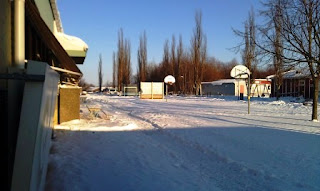 This gym was and still are my favourite gym for basketball and allthought its small it has lots of baskets and is perfect for teaching the foundamentals of the game.

My first basketball game was played here and it was a schoolgame between the classes on the school it felt very big then, but now you wonder how we could play on 4 courts at the same time :-)


Outside my classroom we hade this streetcourt and since most of us played basketball it was easy choice in breaks what was gonna happen.

Shooting around the clock or playing games or dribbling between the legs around the 400m track.

One in my team was the best until a girl came and beat us all and yes it was the same girl that was queen of the hill :-)

I remember sometimes (many times( we where a little bit late since we didn`t wanna stop dribbling or shooting or end the game without a winner. Good times!

After some years we moved from apartment to a house pretty close to where we lived before. 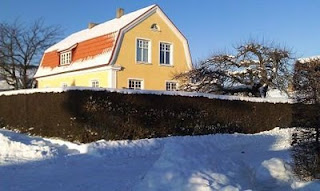 The house didn`t look exactly like this back then it was red and old, but the new owners made it very beautiful.

Basketball and tennis and for some strange reason skateboard was the big interests at this time. But skateboardning disapeared quickly from my life since a really sucked at it. 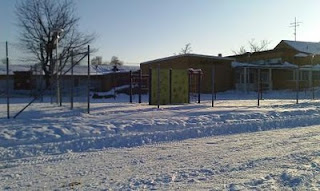 Time for grade 7,8,9 and new school once again in Pilang. The school has grown during the years and most of what you see in the picture wasn`t their back then and today its from younger grades also and much, much bigger.I got a new gymteacher and he is propably one of the best leaders I have had during the years and he had simple aproach to all the boring stuff in gymhour, do what you can do, try what you cant do and then do sometiing you wanna do. I shot a lot of freethrows :-)

Back then the "rule" in Lobas was the older you got, the more practises you got in the big gym Pilængshallen which was huge (thats what we thought back then). 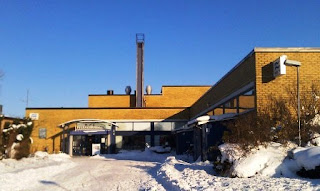 I`m propably one of the people who has spent most hours in that gym after Jørgen Freiburghaus during my years as a player and coach. In summertime a had keys to open and shut the gym, so me and fellow basketball lovers Ted Cedermarker and Rickard Nilsson hooked up the stereo many many times and played 1vs1 and shot huge amonts of shots it was no accident that a was a really good shooter and yes I`m proud of that atleast I was good at one thing :-) 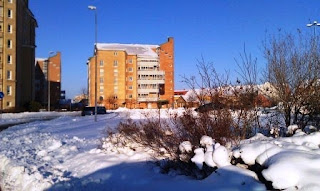 We moved from our house to a apartment close to the beach and here I spent my highschool years and by now basketball was if not 100% of my life at least 99%.

I went to Malmø Basketball Highschool, but it wasn´t for me at all I knew to much of the game already (how you should practise) and I ended it after one year.


When I was ready to leave the nest I bought a apartment in Lomma acutally the apartment that was responsible for me finding the greatest game in the world watching super channel at my great grandmother apartment and I bought it from her, when she got to old to live by herself. 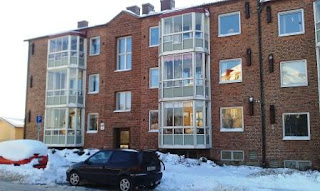 This place was freedom and my basketball headquarters for some years before I left my hometown for other basketball adventures.

Lomma will always be in my heart and also Lobas Basketball Club allthought for many years I felt mostly hate after being treated very badly, by people without a clue about sports or basketball.

Any coach out there who recognize that haha, well I know we are many and I think its a shame that clubs dont treat there coaches better and at least try to be honest with their coaches.
Lying and misstreating coaches always bites you in the ass in the end and those wounds will maybe never heal. To be honest is the one of the few things that doesn`t cost anything and at the top of my life rules.

This was some history.....maybe not interesting for you, but for me and thats whats counts since its my blogg :-)