"When is enough money enough money? NBA players greedy, million of people are without houses, clothes, food, medicine and many of them dont even got hope. If you asked me 20 years ago and say hell yes give them money, but now with the current money they get already HELL NO! Get over your greed and start playing the game that you used to love!" 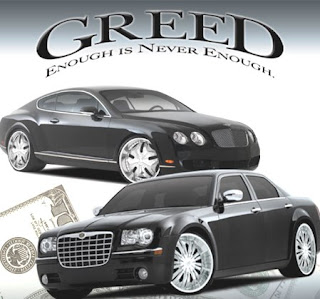 Well I put this text on facebook today its really starting to piss of me off. I believe it tragical whats going on I grew up watching NBA when it had class and skilled players not "just" athletic players and most of the great are and will be from that time.
Players like Magic, Jordan, Barkley,  earned so little money even compaired to benchplayers today that almost never see the court except from yeah the bench. Yes it was many years ago but....money in NBA today is already ridiculos.

I dont care how much the owners make, without the owners there is no NBA.

Play the game you love and instead of demanding more money for yourself demand that the NBA put in a "aid claus" in the contracts, which says that 10% of the salary goes directly to 10 different aid causes by the players choice to make the world a better place.

Worst with this NBA "greedout" is that players are coming to europe for big big money and the aftermaths of that we will find out, but my guesses is that several clubs will have huge money problems in the years to come thanks to the greedy NBA players that "wanna" play in europe.

Players like Tony Parker has risen in my thoughts bigtime, he plays in france for 2000 dollars/month which is a little bit different from what Kobe wants.....Say NO to KObe and the rest that want more than Parker!

I truly hope european clubs have the sponsors backing up the contracts with NBA players especially the big stars if they come or else european basketball will be in ruins in some years, with conseqeunces already next season for some clubs.

How much money is enough money?