An All-Star saturday in Hørsholm

Well, guess I have to explain the lack of entries on the site, but its just simply because of me working a lot and the lack of energy to do it. I have tons to write about, but I need sleep and to relax also :-)

This saturday I went to the gym to watch the second practise of Point Guard Academy whick is a project started by Johan Enbom and its purpose is very simply. In countries like denmark, sweden there is no excuse not to have the best Point guards, that is something we always should be able to create. The lack of size is a fact and to produce bigmen or big women players, well thats more wish than something that can be done reguraly at least.

They will have 4 days per year where they will preach the game from a PG`s point of view and giving the players that attend a golden chance to take the next step.

Anne Thorius former great danish womens player is a big part of the PG academy and what can be better than to learn from a former players that knows what it takes. Whom has played at the top level and has skills to teach it and the CV to back up what she says.


The players clinic even got visitors from Stockholm Sweden in Coach Øhrn and Coach Karlsson from Solna Vikings, they took the car down to Hørsholm to watched the two practises that PGA had this saturday, this is passion for the game and a hunger to learn new stuff.

After the PGA, it was time for the danish womens all star game between danish national team (coached by Johan Enbom) and the best of the rest. Danish and forein players combined to play under the coach Arnar Holm, normally SISU coach. 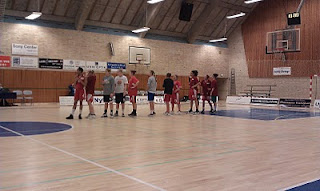 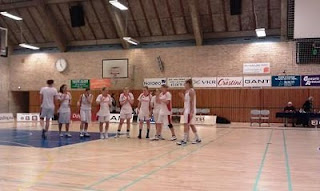 Like most All-Star games its not so exciting and well played but its a game that always should be there in every league. Of course you can work on how to play the game and work on that the players don that little extra in game. A normal game called Allø-Star game just doesn`t bring that feeling to me at least. Let me see some behind the back passes, no looks, alley hoop plays and in a mens game give me some of that funky nasty dunks.

The 3 point competition I enjoyed and the winner made the last shoot to win it.