Can you see the talent or do you need new glasses?

After so many years in basketball I can only come to the conclusion that many, way to many coaches in the nordic are close to blind when it comes to identifying talent at younger ages.

The reasons are many, but some huge problems are:

Generelly most dont do tests or checkups, wingspann, reach, background check height, family genetics, sports background and so on. 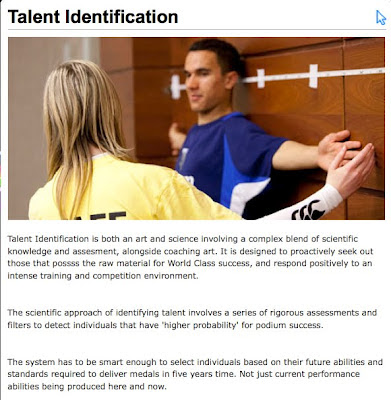 Its not a surprize that many great athleets come from one or two parents with sports background or it runs in the family.

Its not a surprize that a player whick will be tall has problems with cordination and doing all the stuff the "small ballers" can do. Most matchups are tall uncordinated against much smaller and quicker player and that of course makes it very hard for the tall player to attack the basket with the crossover or whatever.

Coaches have a couple of solutions for this: They dont put the tall player in the roster, they place them under the basket or make them screeners and rebounders.

He/she is 14, check yourself coach!

Once heard a coach talk about a game that was ongoing and he said; "I cant understand why this coach plays his tallest as pointguard, if he would put him inside they would win this game"

Who cares!?
The player today plays college and had several double doubles this past season at the highest level. She is still about the same height and has a lot of thanking to do that she didn`t play inside when she was young.

Identifying talent  is so important in nations where Basketball aint so big, cause we need every one of those to get better further on.

Several years ago a had a young bigman about 205cm at 15(he is now 211cm and will play college. I started him every single game and we lost several games because I played him so much that I did. As you maybe undertstand he had to defend against 170cm, 180c, players and that missmatch at that age almost only works for the smallballer.

After a game a former eliteplayer (bigman) came over to me and said something like this "Big respect to you for playing the bigman most wouldn`t, I just wanted to tell you that you are doing the right thing" and thats sadly true.
To me this was a big clap on the shoulder, since somebody noticed what I was trying to do for this kid.

Physic testing has gotten veyr populaur in nordic nowdays and thats great, but you cant compaire 210cm with 180cm`s in running tests. Many make a big deal with conditioning tests that make no sense in hell when it comes to basketball.

In basketball there are stops in average every 13th second and the players that run the most run about 4-4,5km in a game. We have to go away from football (soccer) conditiong tests and test for our sport.

We have to stop to always put the smallest at the PG position just because he/she has full body controll and can dribble like a and1 mixtape player. Sometimes there are no taller with personality/leadership to play PG and well then of course no problem in playing the smallballer.

I had a one of Pg`s in a nationalteam and I asked him who is playing Pg you and ?
He said "They will not use me as Pg cause I`m to tall" Holy christ!  To quote the great coach Jan Mikulowski

I will end this post here, cause I will watch U20 champioships game between Serbia and Germany and this is the last thing. To identify talent you need to know what talent is and what is needed in our sport. I great way is to watch international youth games and so on. The risk you take is that others say "get a life", well my life is basketball what is yours ? Working monday-friday and the getting drunk? Well not my coup of tea.
Posted by Coach Holmgran at 18:30